From time to time, I’m going to highlight some of my favorite brand builders — large and small — to point out some of the delightful things they’re doing.

I especially love people and companies that build brands using details. You know what they say (with apologies to someone who is not Ludwig Mies van der Rohe), “Brand is in the details.”

In this first post, I want to give props Brad Denboer’s late, great Auditorium Toy Co.. I bought one of their Boattail Racers back in the day, and loved everything about it.

The slower you put things together, the slower they fall apart. Auditorium Toy Co.

Auditorium promoted its products as “heirloom toys”, and the motto used in the Boattail Racer’s sales material was “the slower you put things together, the slower they fall apart”. These toys weren’t hunks of plastic crap you’d throw out in next week’s trash. These were toys that would last, and that you’d want to pass down to your children to give to their children.

This ethos was expressed by the toy itself, which was beautifully crafted and manufactured, but the detail that caught my eye was the printed “ownership record” included in the (also beautifully crafted) box. This ownership record included the date of manufacture, the serial number, and a series of “given by/received by” entries you could use to record when and to whom the toy was bestowed. The thirteen pre-printed entries had date entries with century prefixes that began in the 21st century and stretched out to the 24th century.

Such a simple, delightful thing. The date entries could have been left blank and the century prefixes not included. But with that little detail, Auditorium reinforced its “heirloom toy” brand, and made my emotional connection to the brand that much stronger as I imagined my great-great-great-great-great-grandchildren playing with the toy. And they didn’t have to spent a single extra cent to do it. 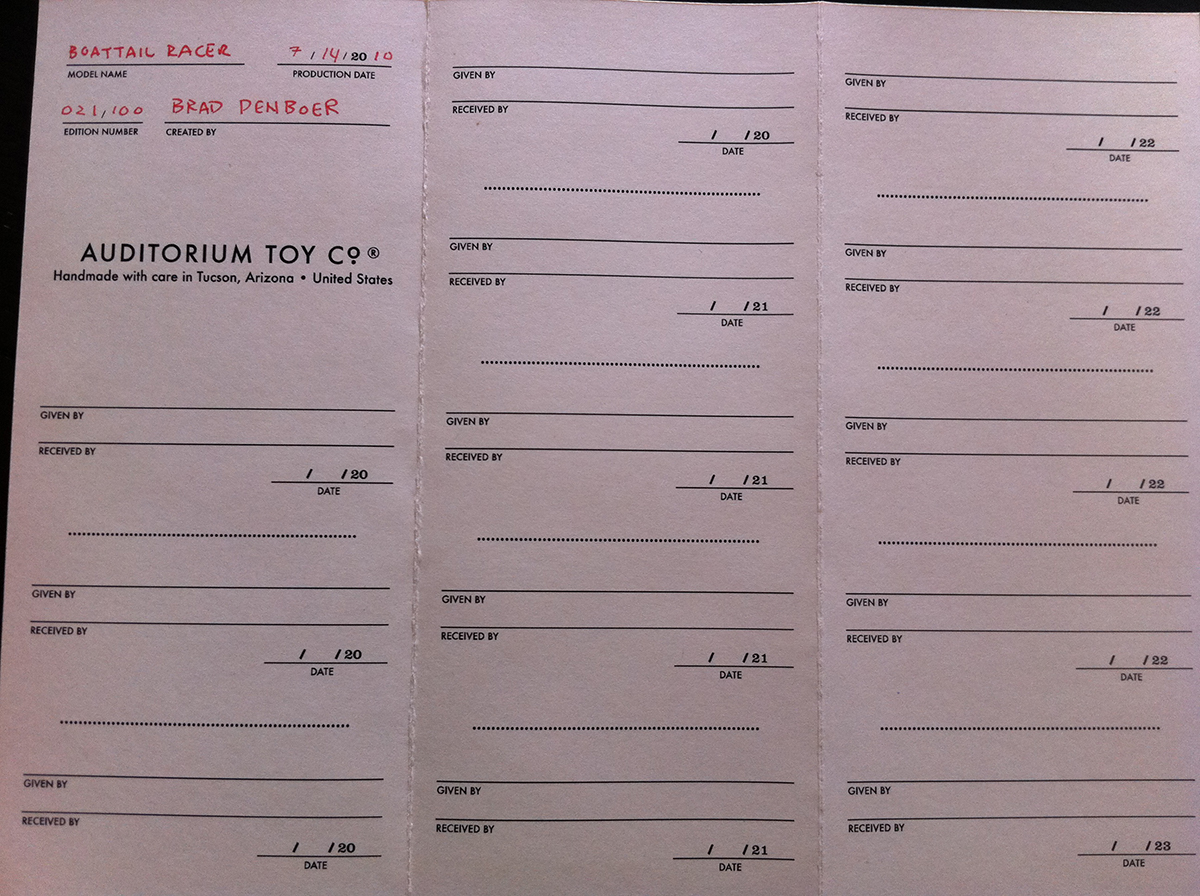